Robots 1984+ is a variation of the game Chase from the 1970s. Gameplay is inspired by the unix-based game robots, written in 1984.

Evil robots are after you. 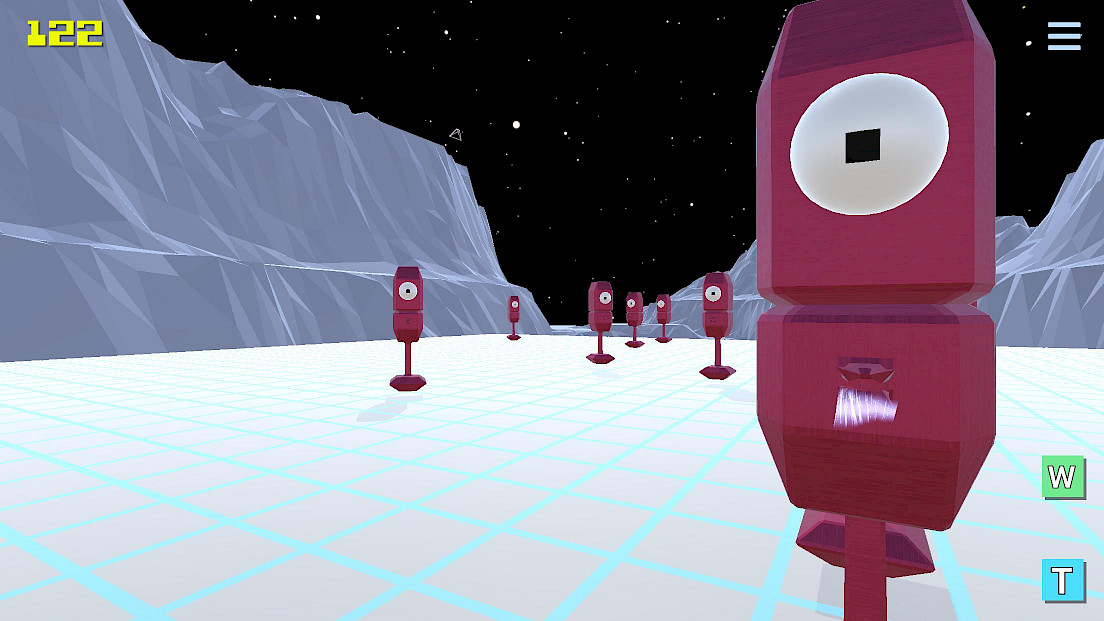 They are more evil than smart. While focusing only on hunting you down, they forget about the other robots. Which is fortunate because you don’t have any weapons to defend yourself. Your only chance is to let the robots run into each other and destroy themselves.

The teleport button T let’s you escape from tight situations. Or just find a better position to outwit the robots. Your destination is random and all robots move one step to your last known position. Be careful! You could land on a field that is in the way of a robot!

Be humble and don’t hold your head up too high.

The app stores no data. It doesn't forward any data.

Do you have any suggestions or problems? Feel free to use the feedback form for Robots 1984+!